With the upcoming merge and changes to god items, my potter Renouille~ will no longer be ranked. If you still have any Renouille~’s potions, I suggest that you use them before the merge, or give/sell them to someone who will.

Our new ranked potter will be named ~Renouille. If you use the potting service, you should still mail items to Renouille@.

Obviously this is not ideal and I am not happy about it, but given the way things turned out we have little choice.

I have no god items of my own; I’m in a small group and it’s simply impossible for us to remake a full set of god items every two years.

When we first heard of the impending changes to god items, we began working on a new potter that would have permanent access to them. (While it’s possible to pot without god items, the cost of doing so is high.) We had planned to keep both potters ranked until we could be reasonably sure that the supply of old potions had been exhausted.

Unfortunately, because of the surprise announcement that Valkyrie will be included in the merge, we have been forced to abandon this plan. The potion market on Valkyrie is highly competitive. 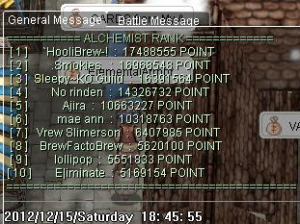 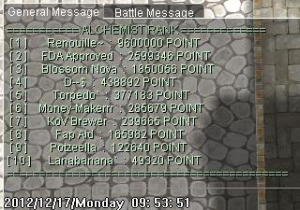 If we attempted to divide our efforts between two different potters, we wouldn’t be ranked at all.

Please accept my apologies for any inconvenience this may cause you.